Who is the NFL equivalent of Lebron James? 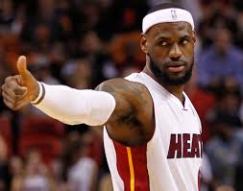 I’m not talking about best player in the NFL I am talking about the biggest star in the NFL. Does the NFL have anyone with the star power of Lebron James? What NFL player would command as much attention if they entered free agency or demanded a trade?

Just to set the markers for the last 6 years Lebron James has topped the NBA jerseys sales .He has an income of $42 million from endorsements.

He has 13.3 million followers on twitter and 19.7 million likes on Facebook. I don’t think I need to even mention the amount of media attention that he commands.

So who do we have in the NFL with anywhere near the Star power of LBJ?

The players below I have taken from the bestselling player jerseys from April 1 to February 28, 2014 on NFLShop.com. 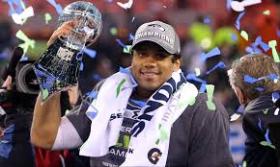 The new kid on the block. Number 1 selling jersey and a substantial portfolio of endorsement deals is a pretty good start to being NFL Lebron I would say. I guarantee that this time next year if his career continues the way it has been then he will vastly increase that endorsement income. He has proved that if you are good enough you are indeed tall enough. Seattle has a bargain with his contract but he going to get paid!!

Mr NFL. You cannot watch more than 5 minutes of ESPN in the United States without one of the awful Papa John’s adverts appearing. It seems to me that Peyton is on every other advert. I don’t get it; he is as dull as dishwater. Yes he was apparently a very good host on Saturday Night Live ,I get that he is an incredibly successfully player but I don’t see him as the Lebron style poster boy to be held up by the NFL.

Colin Kaepernick has a pretty good shot at being a star. He has a very good showing at number 3 in the jersey sales. However I think his off field image is going to hold him back. The tattoos and off field stories (even though he was completely innocent of anything) have put quite a few people off him. 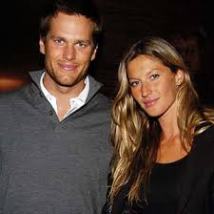 It must be a hard life chez Brady. He is married to a Super model top 5 selling jersey and $7 million in endorsement income as well as a nice contract in New England. Tom Brady has become a star and owes Drew Bledsoe a great deal of credit. A good looking guy with a charming personality that the media and NFL fans seem to like. He is up there as one of the biggest NFL stars.

“All about that action Boss”. I’m not sure Lynch has the personality or desire to be a huge star. He seems very happy to be a cog in the Seattle Sea hawk machine. But the boy likes his Skittles.

Richard Sherman is the only defensive player in the top 10 jersey sales list. Seattle fans love him; I admire his fire and energy. He is an extremely intelligent guy who appears to have a great business brain on him. I think everything he does he does for a reason. He is not afraid to speak his mind or hide his opinions of which there are many. A match of his popularity is the cover of the new Madden Game. Future is bright for Richard Sherman. I can never see a DB being the biggest star in the sporting world.

Drew, we need to talk brother. One Direction?

Not too shabby for a Chargers reject. He is in the running for biggest star, big twitter following, number 7 jersey and a huge $11 million in endorsements.He seems to be a very likable person.

If you haven’t already check out the helmet camera footage of AP at training camp on NFL.com.

Adrian Peterson is in the strange position of being a player who is highly valued at a position that has become remarkably undervalued. AP would have been at a Lebron level 5 years ago but now he is at the top of a position that is rapidly on the slide.

In my opinion if Aaron Rodgers played in a different city he would be an even bigger star in the world of American Sports.

RG3 is the wildcard of the bunch, a rookie phenomenon who then gets injured and stories start to circulate about his attitude. RG3 is the perfect example of how @@@ the career of an NFL athlete is. He is one more knee injury away from being former NFL star RG3. I do feel that he will adjust his game to extend his career. RG3 can be a top NFL superstar.

A few things jumped out at me looking at the top selling jerseys list, Miami Dolphins fans really like Ryan Tannehill number 10 on the list. A few I thought would be bigger sellers Andrew Luck, Tony Romo, Cam Newton and Matt McGloin (only joking).

I haven’t included any rookies in the list above which brings me to the elephant in the room……..

If Johnny Manziel can play the way he played in college then he will be the Lebron James of the NFL. There is not a single NFL athlete that has garnered as much attention as Johnny F. The opportunities for him will be endless, imagine the endorsements he will receive if he is a good player. The only player to receive as much attention recently was Tim Tebow. A huge difference between the two is Johnny can throw.

So who is NFL Lebron?

The short answer is there isn’t one yet. There are a few people that are very close to being called a true sporting superstar; Brady, Manning and Rodgers are all up there but are quite at the Lebron level. Johnny Manziel on the other hand has the potential to be the Lebron James of the NFL.

Welcome to WordPress.com! This is your very first post. Click the Edit link to modify or delete it, or start a new post. If you like, use this post to tell readers why you started this blog and what you plan to do with it.